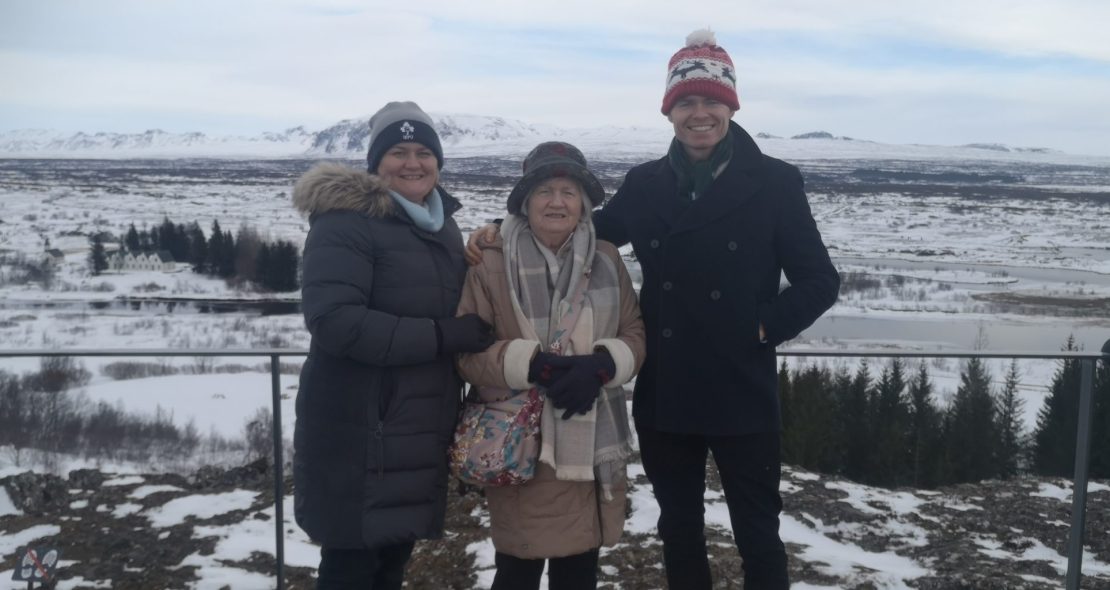 First, Happy St. Patrick’s Day! Second, if your wedding is still going ahead over the coming months, and I’m booked to DJ, then don’t worry – I’ll be there.  But seeing as we’re now being discouraged to even leave the house, I thought I’d share some details of my recent trip to Reykjavik in Iceland with my sister Joanne, and my mum.  Perhaps it will be the last time I ever leave Scotland?

Reykjavik is just a couple of hours flight from Glasgow, and the journey was an ideal opportunity to catch up with my Irish mammy about the goings on in the Scottish Premiership, thanks to her chronic addiction to BBC Scotland Sportsound and Radio Clyde’s football phone in. 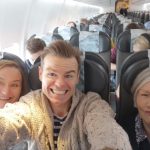 Upon arrival, there was a charming naivety to how amazed we were by the biting cold in a place called “Iceland”.  Joanne almost immediately bought another set of gloves.  Mum reckoned her eyes were freezing solid.  It was a really deep, profoundly icy chill, like the type you get on a Sunday afternoon at a music festival, because you’ve overdone it.  I couldn’t believe my eyes when a young chap strolled past me on the main shopping street Laugavegur, sporting just a Stone Island tracksuit.  “Probably from Newcastle”, I thought. 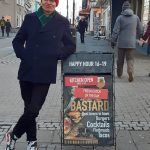 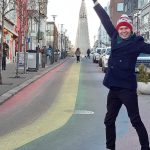 I’m touching the top of Hallgrimskirkja, a really fantastic looking Lutheran (Church of Iceland) church, and a famous landmark. The Catholic church is at Tungata 13, church fans. Not enough churches in this caption, are there? Church church church.

We had dinner at Hlemmur Food Hall before the 9pm minibus pick up for our “Northern Lights Midnight Adventure” with Iceland Everywhere. Our tour guide Siggi talked us through some aurora borealis science, during which I could tell mum had tuned out, and was thinking about the undeniable impact Jim Goodwin had made at St. Mirren, or Steven Gerrard’s smart sensible haircut.  On the minibus I also couldn’t help but recognise the unjacketed shoulder next to me.  Yes, it was The Young Man With No Jacket.  “You’re on the news as the guy with no jacket, ya madman” I told him.  He was a nice guy. It turned out I was wrong about him being from Newcastle – he was from Carlisle.  Ultimately we stayed out til past 2am but sadly didn’t see any northern lights, not even after Siggi gave us all a drink of hot chocolate, which I secretly hoped would be laced with some kind of psychotropic hallucinogenic northern lites drugs. 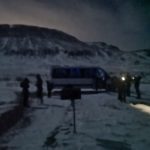 We were back out sharp the next morning for an 8am “Golden Circle” tour with Your Day Tours.  This time, I was taking no chances with the cold, and deployed thermal long johns, 2 t-shirts, a sweatshirt, a jumper, and 2 pairs of gloves.  We saw the incredible Gullfoss double waterfall, geysers, and visited the Thingvellir National Park, where you can quite literally see the ridges created by the North American and Eurasian tectonic plates.  Tour guide Steini played some good tunes, and in particular recommended Iceland’s #1 rock band Kaleo, on the grounds that he used to teach them Maths. 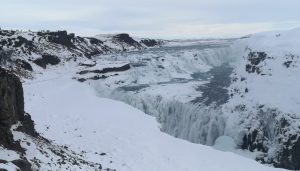 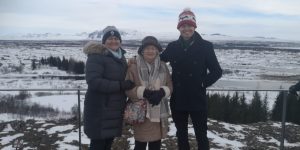 Back in town we took in the geometric marvel that is the Harpa Concert Hall, the Kolaportid flea market (“the jumpers here have a bigger price tag than Odsonne Edouard”, bemoaned mum), and had delicious fish and chips at Forrettabarinn.  There was no energy left to fire up Appy Hour and go out in search of bargain drinks.

With the Edinburgh Marathon on the horizon in May (now rescheduled to September, thanks Coronavirus) I knew I needed to complete a long run at some point over the weekend.  6.30am on Sunday seemed the best window.  This time, I was absolutely taking no chances with the cold, and went for 3 pairs of socks, 3 t-shirts and a jacket, and 3 pairs of gloves.  Powered by Jenni Falconer’s Run Pod and Kaleo, I managed 13 miles and the run in temperatures of -5 was actually dryer and more pleasant than most runs I’ve been on in Glasgow this year.

The rest of Sunday was spent at the geothermal Blue Lagoon.  It’s an astonishing place and a fabulous experience.  Except if you’re mum.  She can’t swim, and despite the water being mostly 4 feet deep, she was convinced that she was about to suffer Death by Warm Puddle.  We were dead certs for a Guinness Book of World Records entry for “Longest Drowning”, or at least “Loudest Drowning”.  I told her she was acting as doomed as Hearts’ hopes of avoiding relegation, and this familiar allusion snapped her out of her shrieking terror.  Afterwards we had lunch in the onsite Lava Restaurant, a swanky affair which lets you keep on your dressing gowns for an extra debauched vibe. 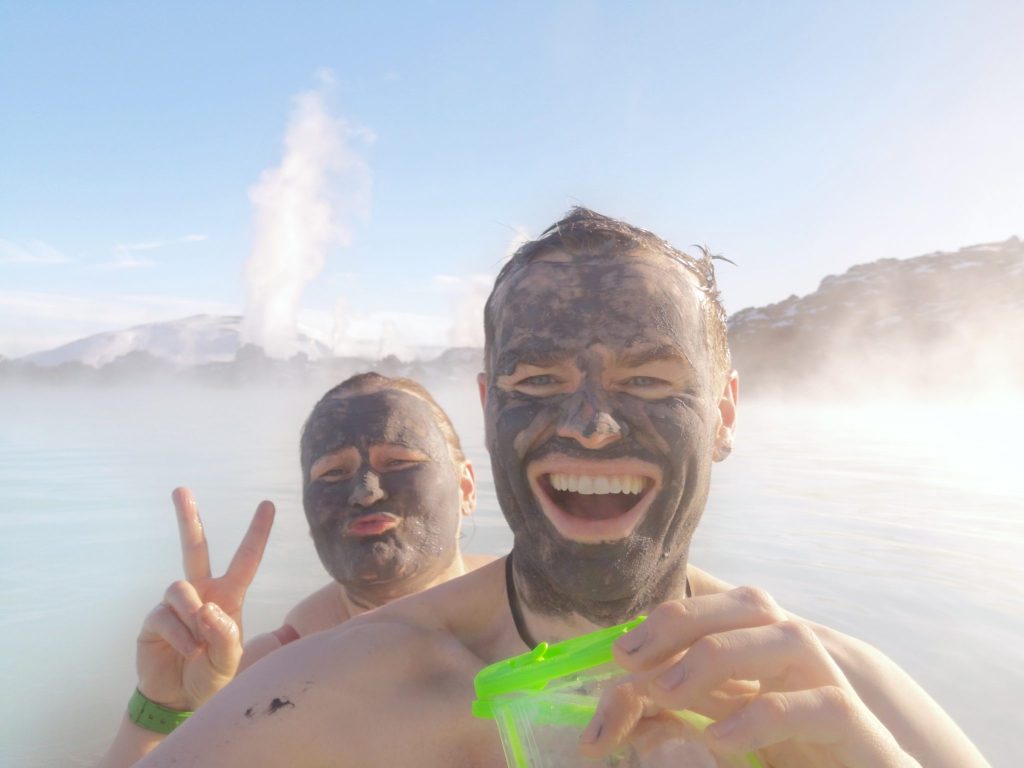 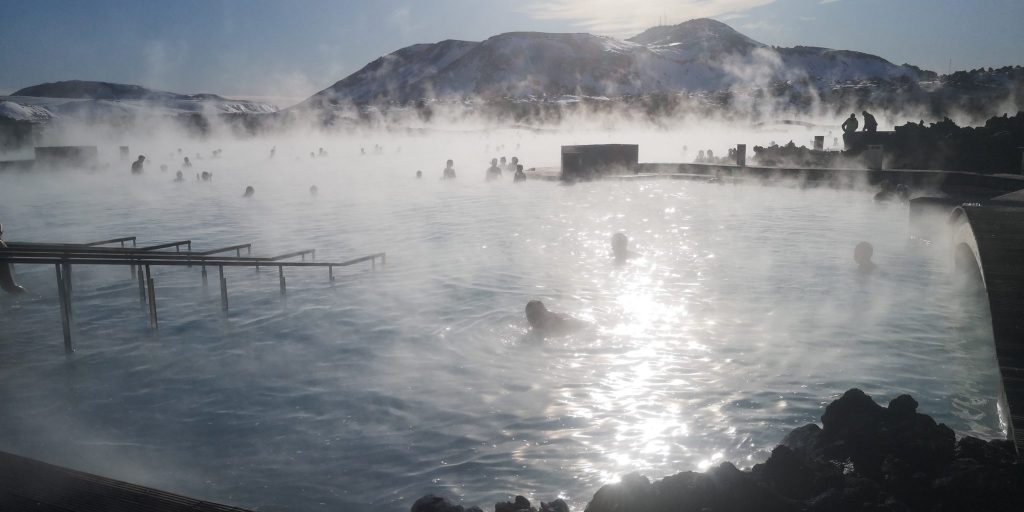 All that was left was to have another crack at seeing the northern lights.  Our airport taxi pick up was Monday morning at 5am so there was no way I was up for another 2am Siggi session.  Joanne and my 78 year old mum were however made of sterner stuff than me and headed back out.  They got back in at 3am!

Overall I had a terrific time in Reykjavik, and would thoroughly recommend it.  Final tips: